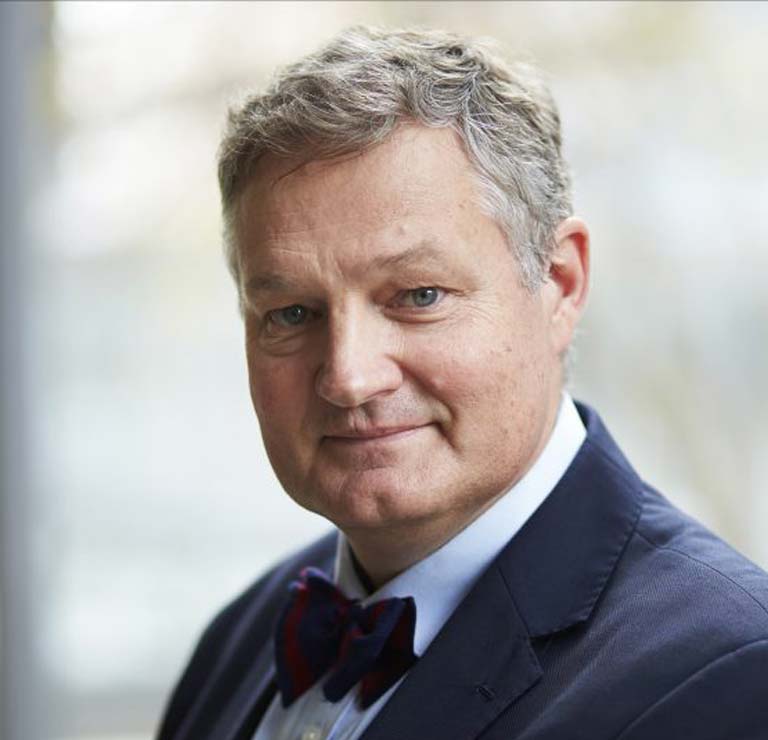 Professor David Joske is a clinical haematologist at Sir Charles Gairdner Hospital (SCGH), and was Head of Haematology 1994 – 2012. His clinical and research interests include the treatment of lymphomas; palliative care in Haematology; and supportive care in cancer.

He has held two NHMRC Grants, one examining models of palliative care in Haematology and the other his shared cancer care model. He is a UWA Clinical Professor of Medicine; has published over 75 peer-reviewed publications plus three book chapters and has presented a TED talk on “Re-humanizing Cancer Care”. He launched the SolarisCare Foundation in September 2001, and is currently its Chairman and Chief Medical Officer. He was the Ernst & Young 2016 Western Australian Social Entrepreneur of the Year for this work.

He is presently Medical Co-Director of the Medical Specialties Division at SCGH, and the WA Cancer & Palliative Care Network Clinical Lead for the Survivorship Collaborative. He was awarded the John Curtin Medal in 2005 and has been a finalist four times for Western Australian of the Year. He is an award-winning songwriter and plays guitar in a blues band.